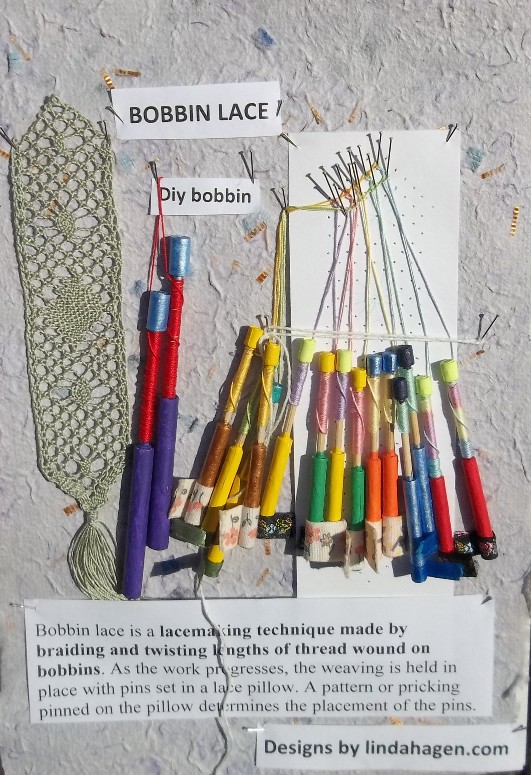 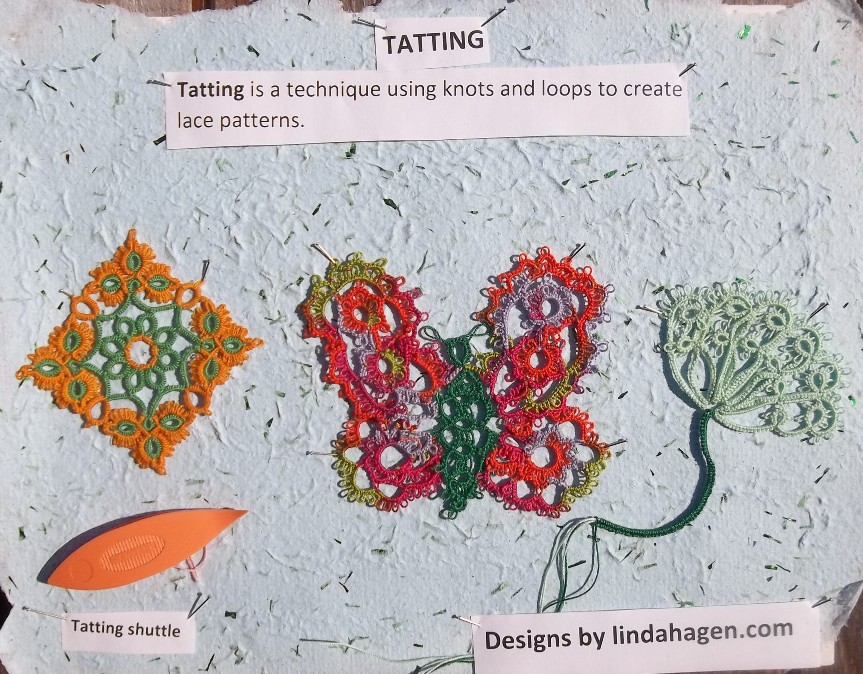 Tatting is done with a shuttle. It can be done with either a ball of thread and a shuttle or two shuttles.  One of the shuttles is used to create knots over the other thread.  As the thread is knotted it is made into interesting shapes. 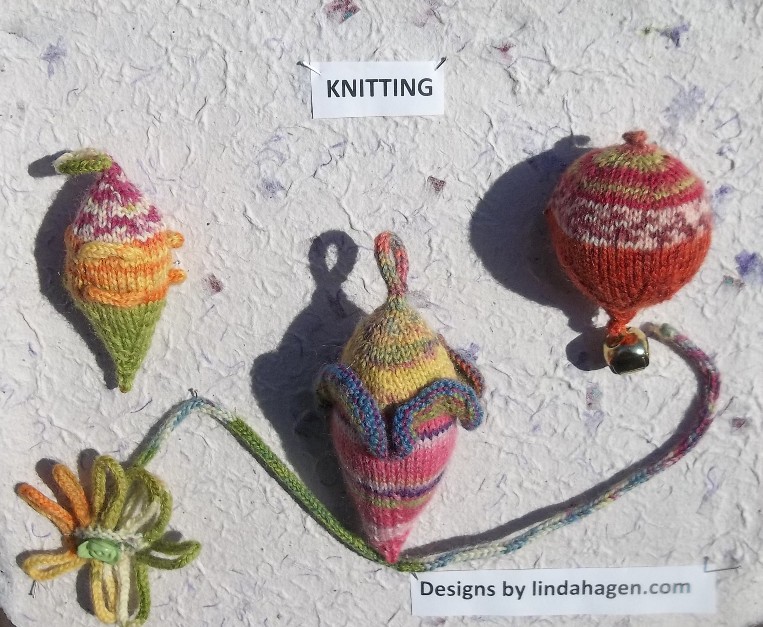 The three hanging ornaments to the left are knitted are double pointed needles. They were stuffed as the pieces were knitted. This way the piece does not need to be sewn together after it is completed.

The flower with the long tail is a book mark. It is also knitted on double pointed needles without the need to do a lot of sewing.  The piece is knitted from the bottom of the tail up. The only item sewn on this piece is the button at the top. This allows for making of many creative book marks.