Joy loves to find something positive in everything she does.  She always has a smile on her face.  To her the glass is always half full.

Larry is in his mid 20s. Larry is a bully. He goes after people who are smaller then him or elderly. He like to spit on them.

Today Larry really did himself proud.  He crept up behind an old man - in his late 70s.  He spit on the man and then took a swing at his head. Luckily he missed.  Then he began laughing like a hyena. The poor man can get no help from the police because they no longer seem to do anything but collect a pay check.

Larry Has sunk to new lows.  He get very angry when he has to cleanup after his dogs.  Now he is throwing dog poop at the old man who in the house behind him.  He is also throwing the dog poop at the side of the house and windows.  There seems to be nothing the old man can do to stop him. He has an elder-abuse restraining order against Larry. But the police come out and will do nothing to help him. 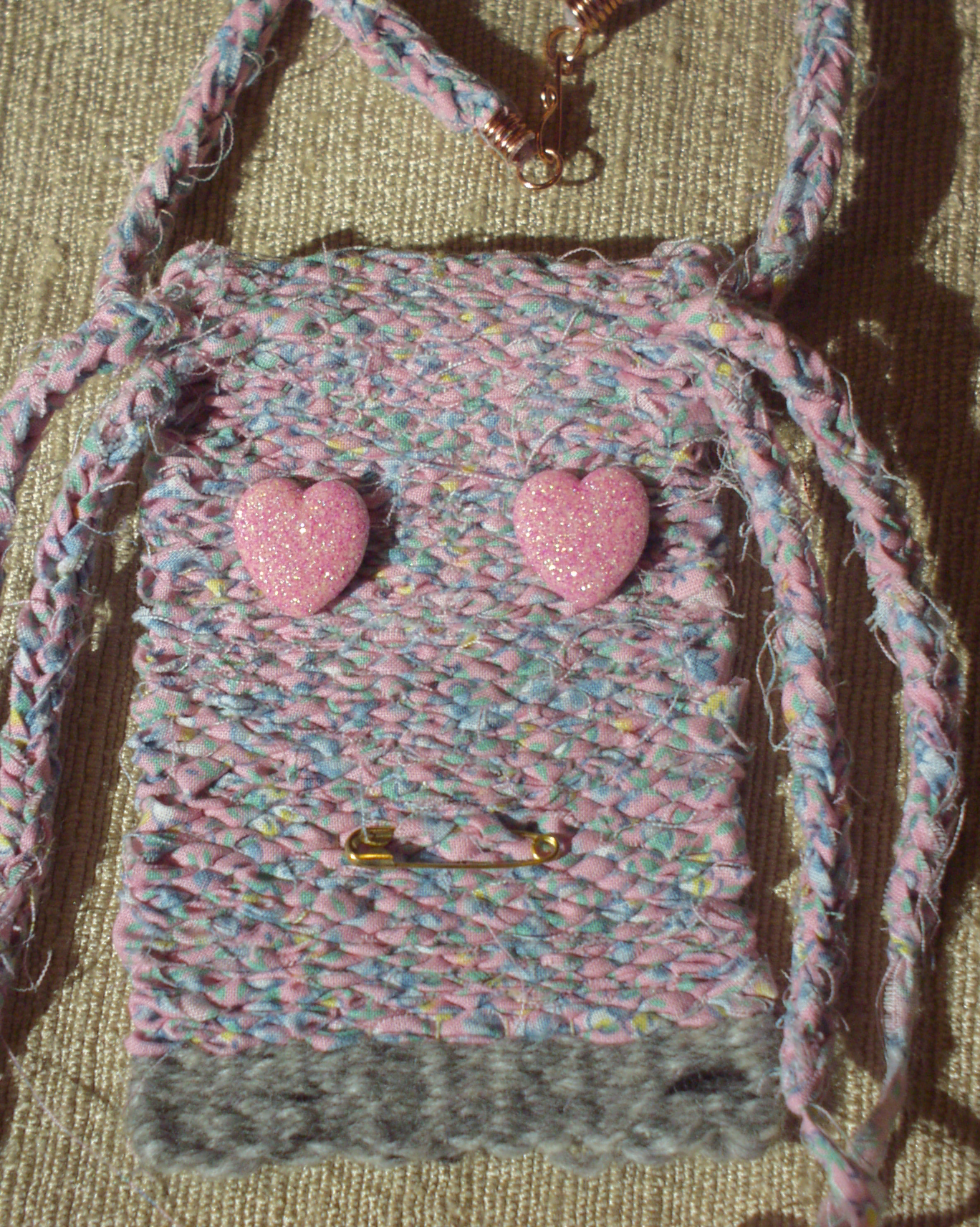 Say hello to Jeany.  She has a great desire to be liked by everyone.  It can be seen in her eyes. Her heart shaped eyes reflect her love of the world.  It also shows how much she wants to be loved back by the world.  Her safety pin of a mouth represents how she has been forced to keep quiet throughout her life. Both in her personal life and professional life.  She has chosen a professional path where few women were represented.

Judy is a quite colorful person.  She wears she beauty on all the colors and patterns on her skin.  The brightness and color of Judy brings a smile to my face. I wish I had the nerve to dress as colorful and outstanding as Judy.  She would be hard to miss in a crowd.

I enjoyed creating this little person. It was challenging to design the doll with no pattern or seams.  It was knitted from the toes up to the head. As I went along I added the stuffing.  I am very happy with my first try at a doll. Her portions may not be right.  Since my legs are shorter and out of portion to the rest of my body, I feel like I can relate to her.  The play of all the color and patterns, made me decide not to make any clothes for her.  I did not want to hide the uniqueness of her body behind clothes.  The doll can be consider either a male or a female my viewer.  Dress the doll in whatever clothes you see in your minds eye or leave her as she is. Enjoy creating your own story for the doll.

In yoga and dance legs are a very important in every move.  This small tatted piece is showing the legs of a person practicing balance. One foot is placed against the calf of the other leg.  Never ever on the knee joint.  When I created this piece it made me feel like I could balance without falling over.  This is the beginning of my series on various yoga poses. Tatting does not lend itself to straight lines so the person stands with bend legs.  One could also look at this and see a small dancing flower with legs.